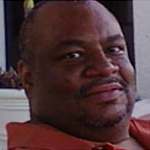 Curtis Martin has been involved in gay bowling since the late 1980s.  In the 1990s, Curtis started bowling in IGBO tournaments in their region and eventually outside their region.  Curtis has served as an IGBO Representative for many of their local league as well as their local tournament.  This is when I first met them 20 years or so ago.  Curtis has held many positions for their local tournament over the years as Executive Director, Advertising and Sponsorship, Director of Marketing and Treasurer.  Curtis worked as the entry coordinator and Treasurer in 2004 for the IGBO Mid-year event.  Most notably, Curtis served as their Regional Director for over 6 years assisting leagues, tournaments and bidding cities.  Furthermore, Curtis have served on IGBO committees including TISC and as the current Chair of the Marketing, Sponsorship & Research committee.  Curtis was instrumental in bringing to IGBO some of our new sponsorship programs that are available to our membership including Advantage Car Rental and Red Roof Inn.  Finally, this bowler is sought out by other volunteer groups in their local city.  He has provided guidance as well as organized fun bowling related events for team St Louis and the International Bowling Museum and Hall of Fame.  His service to IGBO epitomizes what we are all about as an organization.  I am proud to present the 2019 IGBO Tom Hack Service award to Curtis Martin. 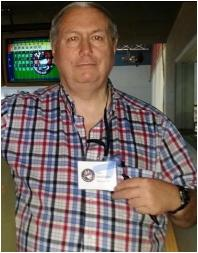 Good evening.  Bart MacMillan began bowling in their local league over 25 years ago.  Over that span, they also began to volunteer with their local tournament.  In 2010, during the Columbus IGBO Annual tournament, he made his first appearance as a league and tournament representative.  Even before that time, Bart was a big soul in the community, both figuratively and physically – more like that big brother – someone who you could easily be friends with – who took the fellowship aspect of our organization to great heights.  Spending countless hours meeting and talking to anyone and everyone they encountered.

In 2016, he became a member of the board and continued to be the voice for their region and the community that was loved so dearly.  Unfortunately Bart recently passed away, but the outpouring of love that has come back to the Vancouver community, not just from the Pacific Northwest, but from around the world, goes to the friendship he gave everyone.  The 2019 Tom Hack Service Award recipient goes posthumously to Bart MacMillan.